Green Light for the Avocado

Avocado – superfood or environmental sin? Its nutritious fruit flesh as well as its multi-faceted culinary uses makes the avocado a popular superfood, which has led to ever-increasing rates of consumption. This has caused much criticism because its cultivation consumes enormous resources. In terms of con-tamination from pesticide residues, however, the avocado continues to get the green light, as our analyses from 2015 to 2019 show. 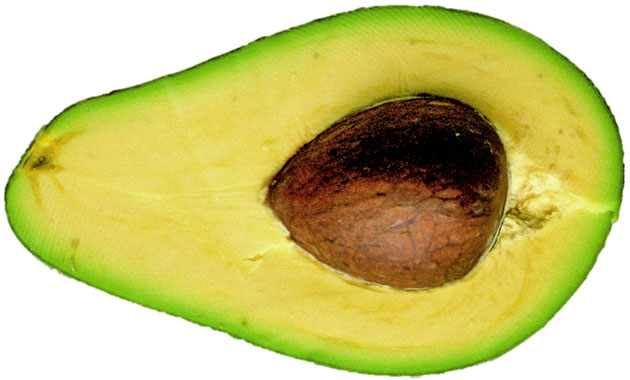 All About the Avocado

A few decades ago avocados were hardly known; today they are on display in supermarkets year-round. While in 2015 approximately 48,000 tons of the pear-shaped, dark-green to black-violet berry fruits were imported to Germany, this number doubled in 2018, to almost 93,000 tons. The average household purchase of avocados also increased rapidly; from 2012 to 2018 the consumption rate tripled, to an annual average of 1.1 kg. Almost half of the fruits consumed in Germany come from South America, especially Chile and Peru. Still, every seventh avocado is delivered from Spain, and one-tenth come from Israel. The types of avocados available here are the „Hass“ and „Fuerte“. The rather round, egg-shaped Hass avocado is recognized by its dark-green to black-violet, bumpy-wrinkly skin. The ripeness of the fruit can be seen on the skin, which darkens during the ripening process. The Fuerte avocado, on the other hand, has a smooth, green shell that doesn’t change color as the fruit ripens, and is similar in shape to a pear [1].

Although the brown, round seed is not edible, the fruit flesh is very nutritious. At an average of 235 kcal/ 100 gr., the avocado is one of the most energy-rich fruits. Its yellowish-green, slightly sweet/nutty tasting fruit flesh consists of about 67 % water, 24 % fat, 6 % fiber and 2 % protein. It delivers minerals such as magnesium and calcium and contributes a supply of vitamins C, E and B-vitamins. Avocado fruit is mainly consumed raw, either spooned out and eaten directly from the shell or added to salads, spread on bread, blended into smoothies or mashed for guacamole. To avoid browning after having been cut, it can be sprinkled with lemon juice. The avocado is not confined to the kitchen. Many cosmetic products for the face and hair also contain avocado oil [2,3]. So is everything super with the superfood avocado?

The increasing consumption of avocados has been accompanied by critical questioning and reporting on the “good avocado fairytale”. The amount of water consumption needed for its agricultural production is a particular focus of many articles on the subject. Due to increasing demand, the required acreage and sheer number of avocado plantations is enormous, including the water needed for irrigation. There is already a shortage of water in most of the countries producing avocados, thus causing concerns that the fruit is “ecologically highly questionable” [4].

In accordance with Annex I, Part A of Regulation (EC) No. 396/2005 (pesticide regulation), the maximum residue levels for avocado fruit are valid for the whole fruit after removal of the stem. This means that the maximum levels are for the fruit flesh, the shell and the seed, all together. In practice, the analysis of avocados is accomplished by first removing the seed, then chopping the shell and homogenizing it with the fruit flesh. The previously weighed seed must later be considered in the calculation of any pesticide amounts, however. With all this effort expended, is there anything at all to be found in the avocados?

Within the framework of the official food monitoring program, CVUA Stuttgart analyzed a total of 55 samples of conventionally grown avocados for residues of over 750 pesticides and contaminants (see Table 1) from 2015 to 2019. Residues were detected in 48 (87 %) of the samples and 41 (75 %) contained residues from two or more different substances, so-called multiple residues. An exceedance of the legal maximum levels was determined in six of the avocado samples. Five of these were in violation for an excess of the substance chlorate and one contained excessive quantities of the growth regulator chlormequat chloride.

The presence of chlorate residues in plant-based food can be traced not only to their application as an herbicide, but also due to environmental pollution (contaminated sprinkling- or irrigation water). Furthermore, chlorate can occur as a by-product of drinking water disinfection, thereby landing in foods at all levels of the food chain. Further information on chlorate can be found in our report „Residues and Contaminants in Fresh Fruit from Conventional Cultivation 2018“ [5]. Not including the formal violations found for chlorate, 98 % of the conventionally grown avocado samples analyzed since 2015 have been unremarkable. Table 1 also shows the average amount of pesticide residues found in the avocado samples. Given the comparatively high levels of residues from the fungicide fosetyl in plant-based foods, this average does not include fosetyl so as not to distort the overall picture.

* No percentages calculated for sample sizes under 5

Illustrations 1 and 2 show the distribution of multiple residues found in the analyzed samples of avocados and in stone fruits in general. A comparison of the two residue situations shows that avocado fruits have a significantly lower number of different pesticide substances per sample than other types of stone fruit, which have been found to contain up to 20 different substances per sample.

Organic – Is There a Difference?

In most cases organically grown products contain no detectable pesticide residues or only trace amounts. They are also much less likely to have multiple residues than their conventional counterparts [6]. This is also true for avocados.

Between 2015 and 2019 a total of seven samples of organically grown avocados were analyzed for the presence of over 750 pesticides and contaminants. Residues of a substance were detected in two of the samples, although the amounts were significantly under the legally established maximum levels. There were no detectable residues of chemical/synthetic pesticides found in the remaining five samples. It can thus be said for avocados: if the label says organic, the product is indeed organic.

Avocado – superfood or environmental sin? In the end, a question each person must answer for himself. Nevertheless, avocados get a green light in terms of contamination from pesticide residues. Of the conventionally produced avocado samples analyzed since 2015, fully 98 % were insignificant and the residue amounts that were detected were not considered a health risk. The rule goes for organically produced fruits as well: if the label says organic, then the product is organic. All of the analyzed organic avocados were free of violations.